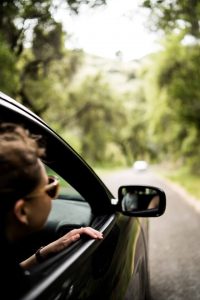 Greenwich, Connecticut: many know of it, not as many know how to get here.

Or at least, that’s how it often feels when we get desperate phone calls from guests lost in some strange area nearby.

But not to worry! We’ve got you covered, provided you take a quick peek at this page before you head our way.

Although, to be fair, even if you get a little lost, the journey is half the fun of the trip, no?

Need a quick guide for Greenwich, CT, directions? Read on.

Greenwich is the first town you cross into when driving north on Interstate 95 from New York. It’s also the first town heading north on the Merritt Parkway. That said, that route is called the Hutchinson Parkway when you’re driving on the New York side of it.

There are four exits from the Merritt Parkway into Greenwich, and four exits off of I-95. For the sake of this guide, we’ll be focusing on getting to and around downtown Greenwich. 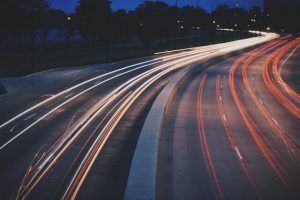 Driving to Greenwich from New York City couldn’t be easier (aside from traffic).

Hop onto the northbound side of either I-95 or the Merritt Parkway and drive until you reach the Connecticut border.

You have 2 options for reaching Stanton House Inn and downtown Greenwich. While the signs all point to Exit 3 for downtown Greenwich, I recommend visitors coming to visit us get off of I-95 at Exit 4. That’s the Indian Field Road, or Cos Cob, exit.

The reason I prefer to give people unsure of where they’re going is because it’s a little more straightforward. As is typical of old New England towns, many of our streets and roads are former cowpaths, game trails, even streams. So many of the streets in downtown Greenwich are one-way, or regularly packed with traffic.

Instead, get off of Exit 4, and turn left onto Indian Field Road. Follow Indian Field Road until you drive between two gas stations and are facing a traffic light. The other road crossing this intersection is East Putnam, also known as the Post Road.

Turn left on the Post Road to head towards downtown Greenwich.

To Reach Stanton House Inn from I-95

Drive a little less than a mile along the Post Road. You’ll head downhill, then up a long hill. At the top is the start of greensward of the Putnam Hill historic district. When you see Second Congregational Church, take a right onto Maple Avenue. Second Congregational Church is hard to miss. It’s the church with the stone steeple so tall that you can see it from parts of the highway.

Be careful, as this is a very sharp right turn!

From the corner of the Post Road and Maple Avenue, you’ll only drive less than a quarter of a mile to see Stanton House Inn on your left-hand side. It’s the big white house with a burgundy and antique gold sign out front.

If you’re looking to get to other points in town first, like:

Instead, skip to the section of this guide called, To Get to Downtown & Greenwich Town Hall. 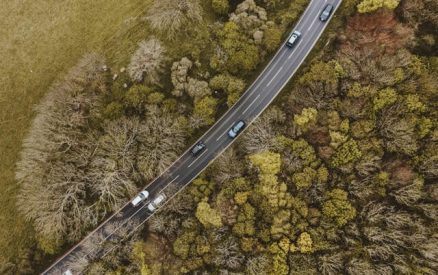 You’ll pass Stanton House Inn if you’re taking the most direct route from the Merritt Parkway heading towards downtown Greenwich.

When heading north from New York City on the Merritt Parkway, get off at Exit 31 for North Street. You’ll see signs in advance for the Greenwich Business District.

Be careful, as the exit comes immediately after a bridge overpass without much visual notice (hence the abundance of signs).

Exit 31 is also the one to take if you’re traveling southbound on the Merritt Parkway, by the way.

Stanton House Inn will be about a tenth of a mile on Maple Avenue, on the right.

If you want to explore downtown Greenwich first, pass us by (don’t forget to wave). Instead, head on to the intersection of Maple Avenue and the Post Road, or East Putnam Avenue.

To Get to Downtown & Greenwich Town Hall

If you’ve followed the above directions, whether from the Merritt Parkway or I-95, you’re now at the corner of Maple Avenue and the Boston Post Road. Two centuries ago, that was the exact center of Greenwich. The town’s meeting hall was where the Civil War monument and magnolia tree is today.

To get to the present day center of town, either:

You’ll then drive for less than another half a mile. Greenwich Avenue will be on your left, heading downhill.

If you take a right at that intersection onto Lafayette Place, Greenwich Hospital will be a quarter of a mile up the road. It sits at the first roundabout you hit heading that direction.

To arrive at Greenwich Town Hall, continue past Greenwich Avenue on your left and drive another quarter of a mile or so. When you see Greenwich Library on your right, turn left onto Field Point Road at the intersection.

At the next traffic light, turn right to stay on Field Point Road. The Greenwich Town Hall will be the building that looks a bit like a high school on your left. It was the town’s high school until the current one was built in the late 1960s.

While Greenwich Town Hall is where you’ll find such departments as the Town Clerk, you will not be able to buy beach passes for non-residents. For those, you’ll need to head to the Eastern Greenwich or Western Greenwich Civic Center. Read our guide to Greenwich beaches for more information. 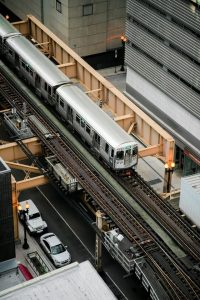 We have directions for using public transportation to get here from each of the NYC airports in our guide to the closest airport to Greenwich, CT.

Thanks for the Greenwich, CT, Directions! Now What?

Congratulations, you made it!

I’m assuming you already have a plan for what you’re doing once you get to Greenwich.

If you don’t, or you’re open to suggestions, check out some of our travel guides:

We hope you enjoy your visit to Greenwich! Feel free to stop in for a cup of coffee or more advice on what to do in the area at Stanton House Inn.

Some more major points of interest near us besides those listed above include:

If traveling by automobile we are easily accessible from Interstate 95 or Route 15 (Merritt Parkway).

In case you haven’t Googled this yet, here’s a list of more helpful links.

You may also want to check-out our guide to the closest airports to Greenwich, Connecticut.