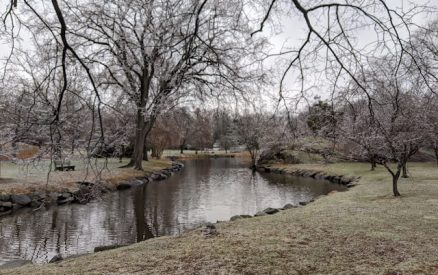 The winter in Greenwich, Connecticut, is the most pleasant in New England.

Nestled next to Long Island Sound at the southernmost point in the region, it makes sense.

So the extreme temperatures, and even much of the snow, doesn’t hit the Connecticut shoreline the way it does other parts of the state and New England as a whole.

While that may cut down on the snowy photo ops, it makes getting around way easier to plan and avoid surprises.

So while New Englanders in other states hunker-down for the winter from November to as late as early May, locals in Greenwich have more of a social life through the winter.

And while other towns in New England either shut down for the winter, or are solely focused on skiing, there are so many things to do in Greenwich, CT, in the winter.

Read on for a preview of everything you can do here all winter long.


Things to do in Greenwich CT in Winter

Greenwich has a unique setup, with different neighborhoods spread-out over a landmass larger than metropolitan Paris. Which means that each little village in Greenwich has something going on all winter.

Things to do in downtown Greenwich, Connecticut, in winter 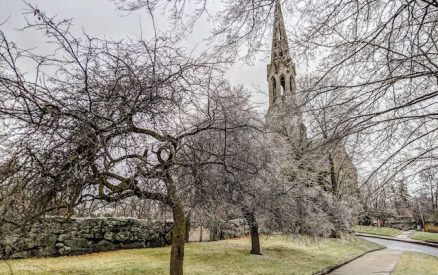 Downtown Greenwich represents the most cosmopolitan of the various neighborhoods in Greenwich.

Even in the winter, Greenwich Avenue and the surrounding shopping district features high-end restaurants and upscale boutiques. It’s one of the most unique attractions in all of southern Connecticut.

If shopping while on Connecticut winter getaways sounds ideal to you, go no further than Greenwich Avenue.

But winter is also a perfect time to:

Be sure to grab something warm for while you wander at Coffee Lucca or CFCF coffee shops.

While Greenwich Avenue is known for its globally-known luxury retailers, there are more than a few unique and local outfitters here as well.

Some great stores to visit in the winter include:

Once you’re tuckered-out from shopping (or need a pick-me-up), there are plenty of fantastic dining options on Greenwich Avenue and throughout downtown Greenwich.

Méli-Mélo, a local favorite since 1992, is our regular recommendation for lunch on Greenwich Avenue. When this bistro first opened, the tiny space was perfect for warming-up on a cold winter day. Today, their crépes, soups, sandwiches, and croque monsieurs in a much enlarged space still do the trick.

Other cozy places to eat include The Ginger Man, which features an impressive fireplace in one of its dining rooms to match the New England tavern feel.

No one really wants to be outside for long in the winter.

So winter months are the time to do all the things you avoid in nicer weather so you can soak up as much sun as you can.

But now that it’s cold, it’s time to pamper yourself!

And what better way to do so than with a spa day?

Head to one of the many lovely and relaxing spas in downtown Greenwich while you’re here.

If the weather’s not cooperating, walk down to the bottom of Greenwich Avenue.

There, where the road changes names to Steamboat Road and meets the harbor, sits a historic mansion on a hill.

The Bruce Museum is a small-town museum with world-class rotating art and natural history exhibits. Older locals are always nostalgic for the monkeys that used to reside here, but the not-too-distant future is packed with major renovations and expansions. After the unveiling, it’ll be sure to keep visitors busy all day.

While the most famous, the Bruce Museum is not the only choice for museums in Greenwich. Another is the Bush-Holley House historic site in nearby Cos Cob. The house was first built in 1728, but is most famous for being the home of Connecticut’s first Impressionist artist colony at the end of the 19th century. Such famous artists as Childe Hassam spent some time in residence here, painting the local scenery.

And Greenwich Library may not officially be a museum, but it’s as well-funded and as large as many modern museums. The main branch of Greenwich Library boasts a beautiful balance between modern architecture and the original edifice, a former department store. Visitors can enjoy a gourmet cafe on the lower level, the Flinn art gallery, and loads of media and resources.

Things to do in Greenwich, CT, in winter at night

After finishing dinner on The Ave, the bars are calling for a warming wintry beverage before heading to bed.

But if you’d rather spend a few hours avoiding liquor, head to the movie theatre in Greenwich Plaza at the corner of Greenwich Avenue and Railroad Avenue. While the three theaters are not the largest in the area (and passing trains can sometimes add or detract from the experience, depending on the movie), the full-service coffee and snack bar are top notch.

Nearby Port Chester and Stamford have even more, and larger movie theatres, if you’re willing to go the extra mile.

But there are admittedly more options in Stamford if you’re looking for things to do in or near Greenwich, CT, at night during the winter.

Things to do in Old Greenwich & Riverside, CT, in winter

A walk down Old Greenwich’s main street will make you feel as if you’ve stepped back in time. Between it’s mom-and-pop stores and 19th-century architecture from when this was a beach resort town called Sound Beach, it’s worth a visit, even in winter.

Some of the local shops worth checking out in Old Greenwich include:

Once you’ve finished shopping, dining, or walking through the winter wonderland of Binney Park, head south along Sound Beach Avenue. Then, follow the signs for one of the best parts of the Greenwich experience, regardless of the season.

Back when Greenwich was still largely a farming town, many wealthy and influential families began to migrate here.

Back then, it was relatively cheap to purchase large chunks of farmland and build estates.

And once those families died off or left, they often deeded huge parcels to the town as parks and spaces to enjoy largely undisturbed nature.

Well, as undisturbed as an area that used to be 70% farmland can be.

And while the Island Beach Ferry only runs in the summer, the many other parks are splendid in the winter. 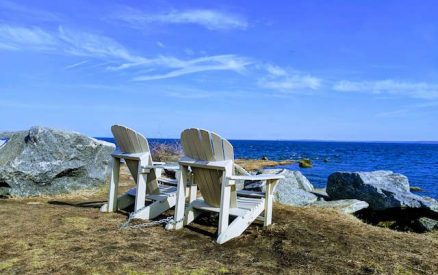 Follow the signs south from Old Greenwich to get to Greenwich Point Park. Known locally as Tod’s Point for the wealthy former estate owner, this best of the Greenwich beaches is even better in the winter.

Because, with so few people visiting, you can enjoy a quiet walk along the windy, winter beach undisturbed except the occasional friendly dog.

Speaking of which, non-residents need to buy passes the rest of the year, but not in the winter.

Need some ideas of what to do while you’re here?

Check out this video from INGreenwich of their list of favorite things to do at Tod’s Point in the winter:

But be sure to walk to the southwestern most point of the park to see the Manhattan skyline on a clear day.

Greenwich Point Park makes our list of the best free things to do in all of Connecticut, thanks to winter visits, in fact.

Sprawling along Greenwich’s border with Armonk in the North Greenwich neighborhood is seven nature sanctuaries on 686 acres.

These diverse wetlands and forest habitats are an ideal place for a winter hike.

Waterfalls, ruins, rock bridges, and miles of hiking trails are major draws to Mianus River State Park, even in winter. This park is big enough to get lost in (and this writer has, on multiple occasions) while still fairly accessible from the more populated parts of town at its location straddling the Greenwich and Stamford border.

Ideally situated, it is without question one of the best state parks in all Connecticut, let alone our corner of the state.

This park is the largest in Greenwich. Situated above the Merritt Parkway and the town reservoir off of North Street, the 4-mile loop of trails in Babcock Preserve is great for new hikers. The low elevation trails (under 300 feet difference) are great for all abilities, but remember to share the trails with horseback riders and cross-country skiers. 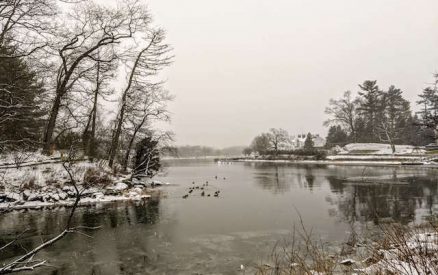 After the Bruce Museum took-up residence in the Bruce mansion, and I-95 ate-up a portion of the estate, the rest became Bruce Park.

This is a much more manicured park than the others on this list. It offers easy, paved walks with labelled trees (Mr. Bruce was a tree aficionado). The scenic views include one of Long Island Sound, a point that is commonly used by journalists wanting to highlight Greenwich mansions without risking trespassing.

The Greenwich Reindeer Festival takes place from the end of November (starting the weekend after Thanksgiving) through December. While activities change each year, common ones at this family-friendly event include: 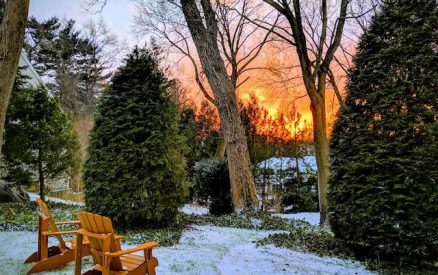 Are you really into downhill skiing?

Then Greenwich may not be the ideal winter getaway for you.

But there are other ski destinations in the state, if you’re searching for winter activities in CT like skiing.

If you’d rather not slide down a hill at disturbing speeds, there are less dangerous ways to enjoy your winter here in Greenwich.

Named after the famous figure skater who left Riverside to compete in the Olympics, the Dorothy Hammill Skating Rink is the place to be for figure skating, hockey, and recreational ice skating.

Just over the border from Greenwich in Port Chester, NY, is a historic landmark in the music world.

First opening in 1926 as a concert venue, the Capitol Theatre has hosted some American musical greats including:

After closing to live music for a few decades, the Capitol Theatre reopened in 2011 and is again a great place to experience live music performances in person.

And it’s near the Port Chester train station, so getting there and back without drinking and driving is totally doable.

Things to do in Stamford, CT, in the winter

Nextdoor Stamford, Connecticut, adds an entire layer of additional things to do on your winter getaway to Greenwich.

Two of the top Connecticut breweries are sitting just over the border in Stamford, waiting for you to enjoy them. Half Full Brewery is close to Old Greenwich in the Southside neighborhood. Meanwhile, Lock City Brewery is a little further away from Greenwich, in the Glenbrook neighborhood. Both are fun, casual gathering spots for visitors looking to sample some local brews.

Students in high school would skip class to attend tapings of daytime shows like Jerry Springer and Maury. The Rich Forum is where those shows and many more, including Judge Jerry, are still taped.

If nothing else, being part of the live audience screaming over results of a paternity test of people you don’t know is something different to do.

The Palace Theatre at the Stamford Center for the Arts

The Palace Theatre is in the same location as the Rich Forum, if you’re looking for slightly classier entertainment.

Architect Joseph W Lamb designed this as a vaudeville theatre for its opening in 1927. It’s since been renovated, and its historic Greek-style theatre is a great showcase for the performing arts.

Stop into Lorca nearby on Bedford Street in Stamford if you need something to warm you up while you’re there.

Still planning a trip after looking at our list of things to do in Greenwich, CT, in winter? 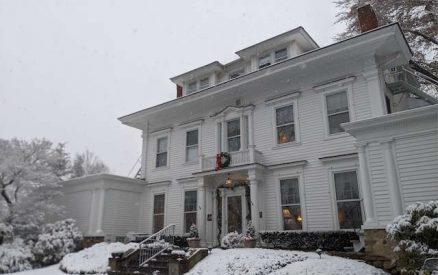 Keep exploring our website for more in-depth guides to other cute towns in Connecticut.

Or you can get the full list of attractions, activities, and things to do in our town when you download the free Visitor’s Guide to Greenwich, Connecticut.