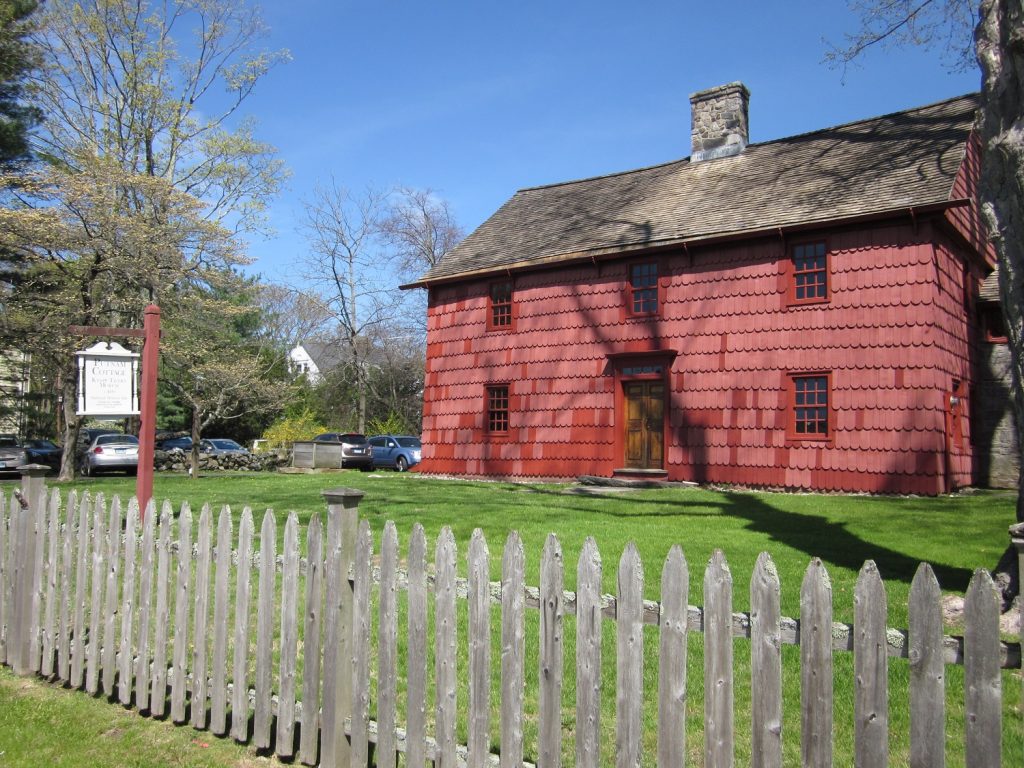 The historic Putnam Cottage in Greenwich, Connecticut, has been an area landmark since the American Revolution.

Originally built by the Knapp family in the late 1600s, this bright red house on Boston Post Road was once the home of Timothy Knapp, his wife, and their children.

It was then used as a tavern in the mid-1700’s and served a number of troops and generals during the American Revolutionary War, including General Israel Putnam and General George Washington.

Here’s why a trip to this historic home should be on your Greenwich to-do list.

Putnam Cottage was originally called Knapp Tavern but was given Putnam’s name because it was the site of his daring escape from the redcoats. While being chased by the British, General Putnam rode down a steep hill (now known as Putnam Hill) before jumping his horse off a cliff. He and his horse survived, and the historic scene is now depicted on the seal of the town of Greenwich. The name Putnam can be found throughout the state of Connecticut.

Despite the folklore, it’s more likely that General Putnam achieved his heroic feat further east. Many believe that the cottage’s name was actually changed because Timothy Knapp was discovered to be a spy for the British. What a plot twist!

Putnam Cottage underwent an extensive restoration in 1976, as did the property’s barn, carriage shed, and colonial gardens. Today, the home is furnished with 18th-century pieces and holds an extensive collection of General Putnam memorabilia. The updates make it one of the top things to do in Greenwich, Connecticut, with kids. Volunteer members from the Putnam Hill DAR conduct group tours by appointment and host a number of public events throughout the year. The museum is open on Sundays from 1 to 4 p.m.

Putnam Cottage is part of the Putnam Hill Historic District, a nationally recognized 36-acre district that offers a number of fascinating historic sites. Guests can explore the Second Congregational Church, which was built in 1856 and features a beautiful 220-foot stone tower. Or, visit the spectacular Tomes-Higgins House, the only remaining house in Connecticut designed by famed architect Calvert Vaux. The Putnam Hill Historic District would have also included the Seaman-Brush House, also known as Stanton House Inn, had more modern buildings not been constructed in between to separate the land.

Find More Things to Do Near Putnam Cottage

After you finish-up at Putnam Cottage, it’s an easy walk to Stanton House Inn and downtown Greenwich.

Head over to our list of top museums in Greenwich, CT, as well as throughout the rest of Connecticut.

You can also check-out the full list of things to do in Greenwich, and even download our free Greenwich, CT, Visitor’s Guide.