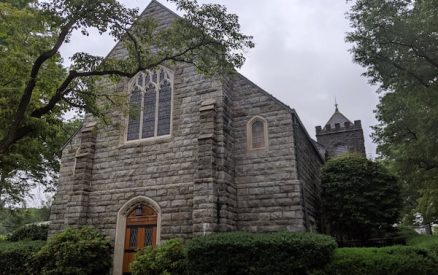 Old Greenwich is typically the neighborhood people think of when they think of Greenwich.

Or rather, the vibe and feel of Old Greenwich is what non-natives equate with all of Greenwich.

So, where exactly is this borough of town and what’s so great about it?

Old Greenwich is located in Connecticut’s tony town of Greenwich and was established way back in 1640. In fact, the town’s name (“Old” Greenwich) derives from it actually being the oldest neighbourhood within Greenwich. Founding families bought the land from Native Americans for 25 coats, which may have been more than what the Dutch paid for all of Manhattan. There is consequently a whole lot of history in this place.

Less than 4 miles away and only an 11-minute drive from Stanton House Inn in downtown Greenwich, this quaint village is worth poking around in while you’re visiting.

Let’s take a moment to get to know it a little better!

Old Greenwich is often referred to as a neighbourhood for “quieter money”. It ranks highly in the Bloomsberg annual report regarding “America’s 100 Richest Places”, but it isn’t garish or try-hard like many other places with money fall prey to becoming.

This area is truly endearing.

Old Greenwich, as is the case with much of Connecticut, lacks the brash arrogance with which other locations can become associated.

In my opinion, based on the shape of the peninsula, they should have called it, “Elizabeth’s Foot”, but that’s besides the point.

For the second half of the Nineteenth Century, Old Greenwich was called “Sound Beach”.  The name was supposed to attract more beach-goers to town on holiday. The name persists with downtown Old Greenwich’s main street, named Sound Beach Avenue.

Even to this day, Old Greenwich remains Greenwich’s beach town.

Attractions, Activities, and Things to Do in Old Greenwich

But what is there to actually do in Old Greenwich?

Here are just a few activities and attractions you might want to check out in the local area!

If you’re visiting Old Greenwich, CT, you need to check out Greenwich Point Park, often referred to cheerfully by locals as “Tod’s Point”. It’s open from 6am to sunset every day, year round. Seeing as Tod’s Point is a peninsula, you can guarantee sea and sand – most of the year, you’ll be able to catch a ray of sunshine too!

Of course, the most revered part of Tod’s Point has to be the beaches. They’re without question the best beaches near Greenwich. They have light soft sand and are the perfect place to kick back and relax after a dip in the sea or a paddle boarding session.

The area also has a 2.6 moderately trafficked loop trail that lies close to Old Greenwich. The park offers stunning scenic views of the Connecticut shoreline and has suitable routes for individuals of almost all capabilities. Generally speaking, people use the trail for walking, hiking, bird watching and generally immersing themselves in nature. This is a perfect contrast to the hustle and bustle of surrounding areas.

What was once a swampy area close to downtown Old Greenwich is now a bucolic park.  Elegant homes, the First Congregational Church, and the Perrot local library surround Binney Park, adding to the scenery.

With Sunday night concert series in the summer and fireworks on the Fourth of July, there are more than a few events to make the trip to Binney Park worthwhile. 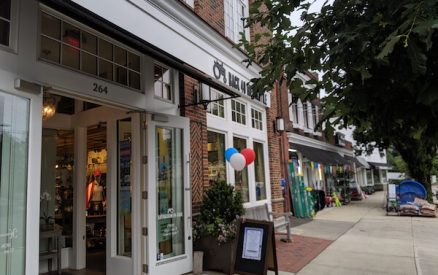 While not the longest stretch of shopping in town, a title held by the Downtown Greenwich Shopping District, Old Greenwich still has some cute shops.

Some of the most popular ones along the Sound Beach Avenue stretch include:

And if you get bored with things to do here, you can always pop over to enjoy the many attractions and activities in Stamford, or back in downtown Greenwich.

Dining and Places to Eat in Old Greenwich

If you get hungry during your visit to Old Greenwich, you’re going to be well catered for. There are plenty of esteemed local restaurants, cafes, and bars, so there’s going to be plenty of choice out there. Here are just a few of our local favorites that you’d do well to check out. 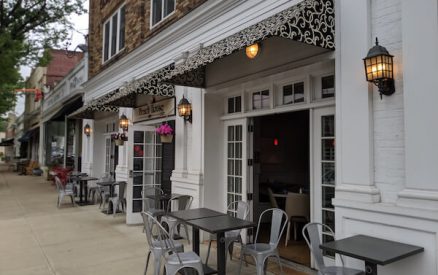 Beach House Cafe has been noted as “a crisp gem in the heart of Old Greenwich”. It’s open from 11:30 am until 10:00pm most days, for whatever time you want to pop in. You’ll be able to find breakfast, lunch and evening meal menus, alongside kids menus for the little ones and cocktail menus, wine lists, or beer lists for those looking to let their hair down a little! The interior design is truly unique, creating the perfect space to enjoy a bite to eat and a drink!

We host guests that return back to Greenwich after moving away just so they can go back to the Beach House Cafe!

Applausi, short for Applausi Osteria offers a variety of authentic Italian cuisine and has actually been voted the best Italian restaurant in Fairfield County. The restaurant came to fruition when Maria, the owner, decided to open a simple restaurant that would delight locals with authentic, heart warming Italian food. This simple premise has wrought extreme success and she achieved her goal of bringing smiles to people’s faces with her cooking. When you enter this establishment, you will be treated like family and can expect stunning dishes inspired by originals from Gravina.

Le Fat Poodle has to be, by far, the most notably named restaurant in the Old Greenwich area. It’s known to be a classy spot with a bunch of character that offers a new take on bistro dining. A simple but notable wine list compliments the lunch and dinner menus. There are live music events held at this venue, so you can make a whole night of it when you pop in!

If you’re looking for a wine bar, Lugano is the place to go. It’s named after the only Italian speaking town in Switzerland and, as you can imagine, houses some of the finest Italian wines. It is also home to a salumeria, which offers a collection of high quality cured Italian meats and cheeses. If you’re still a little hungry, check out Lugano’s tapas menu. These small plates range from entree sized salads to small pasta dishes. If this still hasn’t filled your appetite, the establishment has a wider menu for you to review.

This classic restaurant has local roots, combining high quality food with a historical location. If you’re looking to be social, this is the place to head. The up-beat atmosphere is unbeatable and you’ll leave with a few more friends than you had when you entered.

Old Greenwich is a convenient place to access. You really needn’t go out of your way to find it. It’s about an hour’s car ride away from Manhattan and if you’re located in Stamford, even better! It’s only going to be a five minute journey to and from this neighboring city.

As I mentioned before, Old Greenwich is only an 11-minute drive from downtown Greenwich. You can take the train from the Greenwich train station, pass Cos Cob and Riverside, and be on Sound Beach Avenue in 10 minutes.

Places to Stay in or Near Old Greenwich

Old Greenwich used to be full of summer resort hotels. Today, the options are relatively limited.

The Harbor House Inn closed a few years ago and was replaced with condos, so the closest bed and breakfast inn to Old Greenwich is us at Stanton House Inn in downtown Greenwich.

The Hyatt Regency is the only hotel in the neighborhood, overlooking I-95 on the Old Greenwich and Stamford border.

The J House in Riverside is also close-by. Read our full list of Greenwich, CT, hotels before you pick your next stay.

Old Greenwich is a wholesome and truly charming place with a lot on offer. It’s definitely worth visiting for an afternoon – this will give you a full experience and allow you to get to grips with the feel of the area. You can never have too much of a good thing! If you have less time on your hands, the area can still accommodate you – it’s definitely worth passing through on a quick drive too!