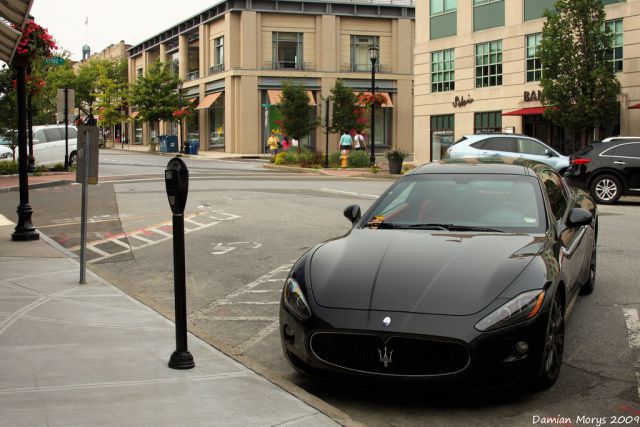 Mediterraneo of Greenwich, Connecticut’s another restaurant that has staying power in Greenwich. Located close to the bottom of Greenwich Avenue by Harvest Restaurant, we sometimes forget it’s an option as we live and work on the other end of the downtown district. But we did remember it the other night, and decided to check that they were still meeting the high standards they’d set for years as one of the premier restaurants in Greenwich, CT.

The ambience of the restaurant is lovely: a contemporary dining area with large windows to allow fresh air in (even limited outdoor seating) and large nautical maps of the south of France and Long Island Sound plastered onto the ceilings. Certain seats in the restaurant even offer good vantage points to people-watch passersby on Greenwich Avenue.


The service was rather brusque at times, and we sometimes received the impression that the waiter was doing us a favor by serving us. He was also sure to present us with all the bad news first–particularly, what food on the menu they’d run out of that evening.

This restaurant is also unfortunately not for beer lovers. While the wine was perfectly acceptable, we imbibed a Brown Ale from a Massachusetts brewing company that we found rather disappointing.

The appetizers also unfortunately proved to be a disappointment. The vegetarian pea soup with mint creme fraiche and parmesan crisps; Caesar salad with hearts of romaine, focaccia croutons, and parmesan tuile; and lump crab meat with diced avocado, green chickpeas, ginger vinaigrette, and smoked paprika were all good, but not as stupendous as one would expect for the price.

I admit we were disappointed with the start of our meal after the appetizers, but our faith in Mediterraneo’s reputation was restored with the arrival of the entrees. All three of the entrees we had selected were delicious: the grilled and marinated lamb kabob and kofte with spiced basmati rice and Greek yogurt was perfect, as was the fennel-crusted yellow-fin tuna with black barley tabouli topped with grilled kale sprouts. According to one of the evening’s diners, the Hidden Fjord salmon with Chioggia beets, grilled asparagus and ramp gremolata was the best salmon she’d ever had. There’s no question Mediterraneo of Greenwich, CT, has an excellent grill master–and all their seafood selections were fresh and delightful, but all around the entrees were well-worth it despite the unexciting appetizers!

To finally test whether the appetizers were a fluke or simply better avoided when visiting Mediterraneo in Greenwich, CT, we indulged in dessert. Both the tiramisu and chocolate cake were decadent and a perfect end to the evening.

It had been years since we visited Mediterraneo, but we cannot remember for the life of us why it had taken so long to return. While the appetizers are not worth the disappointment, this gem at the bottom of Greenwich Avenue is well-worth a visit for the ambience, the people-watching, and the seafood!

And for recommendations on even more Greenwich dining options, such as:

Be sure to download our free Greenwich, CT, Visitor’s Guide!