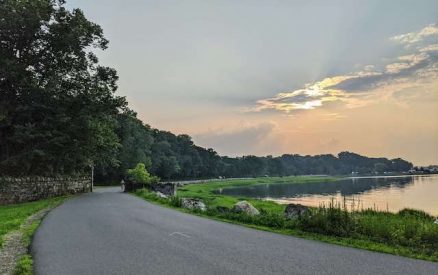 But regardless of what you call it, it is still one of the prettiest spots around.

Are you planning a trip to CT or the Greenwich area?

Here’s why Greenwich Point Park is the most popular place in town.

The History of Greenwich Point Park

The lovely grounds of the park were originally home to the Siwanoy Indians’ fishing camp.

In 1640, Daniel Patrick and Robert and Elizabeth Feake purchased Monakewego or “Shining Sands”.

In 1884, wealthy banker J. Kennedy Tod started eyeing the land, thanks to its proximity to New York City. He began buying parcels of the land over a three-year period. In the end, he developed his waterfront estate, Innis Arden.

Tod decided to fill in the space between two small islands and create a tide-control gate, creating a lake. He built a road making it easier to reach the mainland, which created Tod’s Point. He built his mansion, guest cottages, a boathouse and a barn for his cows. As a generous member of the community, Tod welcomed his neighbors to enjoy his sandy beach and golf course.

Tod began to feel his hospitality was a little misguided as more and more people took advantage of his generosity.

So, he closed the point down and only allowed invited guests to enjoy its lovely beaches.

Thus began a lengthy history regarding access to the area, regardless of who owns it.

Following the death of Tod and later his widow, the Point was left to the Presbyterian Hospital of New York. The town leased the beach between 1942 to 1945 while trying to formally acquire the land.

And yet, there was a fair amount of opposition to their proposal. It wasn’t until 1944 that the Trustees of Presbyterian Hospital accepted the offer of $550,000 for 148.5 acres.

And yet, considering the current prices for Greenwich mansions, this still sounds like a bargain.

The town intended the point to be for bathing and “wholesome recreation”.

The main goal was protecting the land’s natural beauty from development common to touristy beach towns.

The Fate of the Buildings at Tod’s Point 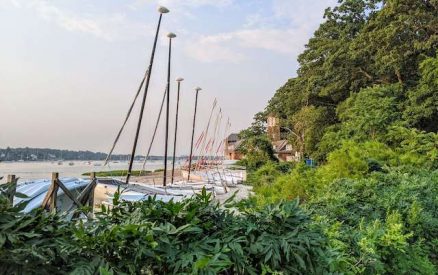 The town converted Tod’s stone mansion into apartments in 1946 as homes for returning vets.

But by 1960 the building had deteriorated substantially and required costly repairs to bring it up to code. Locals argued whether to renovate or raze the building.

The mansion is just ruins today, yet one of the attractions to the park today is the remaining original buildings.

You can still see:

Greenwich Point Park is a 20-minute drive from our location in downtown Greenwich.

If you want to take the train, it’s about a 36-minute walk to the park entrance from the Old Greenwich train station.

On your way to the park, be on the lookout for the gates marking the entrance to the Tod estate, Innis Arden. The Innis Arden Club is the home of the original gate, at the first tee of the 18-hole golf course.

How to visit Greenwich Point Park (as a non-resident)

You can visit Greenwich Point Park in the winter and early spring, but the rest of the year non-residents of Greenwich need passes to enter. In fact, Park Passes are required for access to Town park/beach facilities from the beginning of May through October 31. Single Entry Passes provide one-time single access to Greenwich Point Park as well as:

Things to do at Greenwich Point Park

One of the largest parks in Greenwich, and the largest along the shoreline, there are plenty of things to do at Greenwich Point Park. 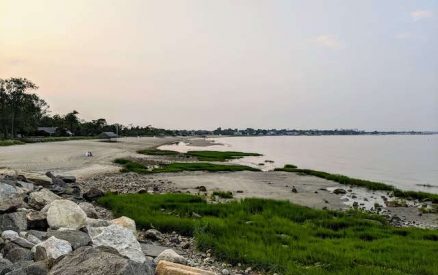 During the summer months, of course, this is one of the best beaches near Greenwich, CT, if not the best.

But this writer spends more time here in the winter and early spring. For one, even residents need beach passes.

And two, the beach is much less crowded, with ample parking and plenty of walking trails through the forests and marshes.

In fact, a visit to Tod’s Point is one of the best things to do in Greenwich, CT, in the winter.

The Holly Grove is impressive regardless of the time of year, and the Seaside Garden offers pretty views of tidal ponds even in winter.

While a visit to the Butterfly Garden can be rather lackluster then, ample birds visit the winter-feeding area.

Considering its location and varied habitats, Tod’s Point is an important stopover point for migratory birds.

The walking trails are also an important stopover point for people in the area looking for views of the Manhattan skyline. You can see the City laid-out on the horizon from the southwestern tip of the park.

And from November to May, it’s shellfishing season here.

But if shellfishing is a little too messy, aim to come during the Connecticut summer when you can brush up on your sailing skills with a private lesson.

The Bruce Museum Seaside Museum offers a deepened understanding of the local flora and fauna. And its exhibits and proximity to the Sound make it one of the best things to do in Greenwich, CT, with kids. Its Queen Anne-style building sits close to the entrance to the park.

Find even more things to do in Greenwich, Connecticut 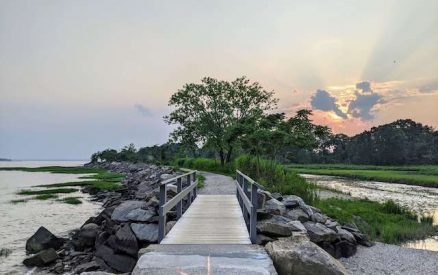 After an afternoon of exploring Greenwich Point Park, you’re sure to find that there’s so much more to visiting Greenwich!

Old Greenwich is Greenwich’s version of a beach town. In this case, more tony than the typical New England fare further north and east.

Downtown Greenwich is a cosmopolitan destination. There’s plenty of shopping and restaurants to keep you entertained after Greenwich Point Park closes at sunset.

And the quirky little neighborhood of Cos Cob is wedged between the two. It’s an interesting mix of artists and working class families that have lived there for generations.

Be sure to download the free Greenwich, CT, Visitor’s Guide to see all of the activities, attractions, and things to do throughout town.