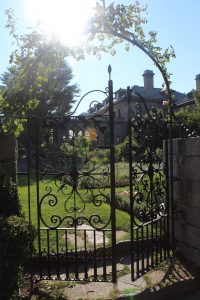 There’s more to our town than Greenwich, CT, mansions.

But it is what’s normally shown on TV or in magazines whenever the media mentions our town.

So we host plenty of guests asking where to see some of the biggest, most luxurious mansions in Greenwich.

And we’d be remiss as hosts to pretend the wealth that’s made Greenwich famous doesn’t actually exist here.

It does. You can learn more about how wealthy Greenwich is, and why it’s so wealthy, in our guide to the Greenwich, CT, real estate market.

But if you’re just curious where to see how the 1% lives, even if just while driving by from the street, read on.

The three most common questions guests ask about the mansions in Greenwich are:

What’s the Most Expensive House in Greenwich, CT?

That would be Copper Beech Farm.

It grabbed headlines in 2014 for being the most expensive piece of real estate ever on sale in America.

The initial listing price was $190 million, but dropped within a year to the price at which it sold at $120 million.

Still, that’s a lot of money for a house.

What are the most expensive neighborhoods in Greenwich, Connecticut?

So, which neighborhoods are the most expensive:

I mean, you’re splitting hairs between average home prices in the above neighborhoods.

But the official winner is:

The runner-up on the list is the neighborhood of Old Greenwich. The average home price in 2019 was $1.625 million.

The average home here only costs a paltry $1.45 million.

Do Belle Haven and Conyers Farm make the list?

They do, and their presence in the larger town of Greenwich definitely brings-up Greenwich’s average home price.

Two Greenwich roads made it to the list of the most expensive streets in America by home price:

They are private, gated, enclaves, however, so don’t bother trying to see these roads yourself without an invitation from a property owner.

According to Zillow, the average home price in the sprawling back Greenwich enclave of Conyers Farm is $13.033 million. Celebrities including Ron Howard and Judge Judy called mansions here home for years.

Quaint and elegant Belle Haven and its main road, Field Point Road, has a median home price of $12.113 million as of 2015.

Most of the largest, most fantastic mansions in Greenwich are in gated communities, or set far back from the road. And you definitely don’t want to get caught trespassing.

Fortunately, the mansions that you can easily see from the road are still impressive for us hoi polloi. 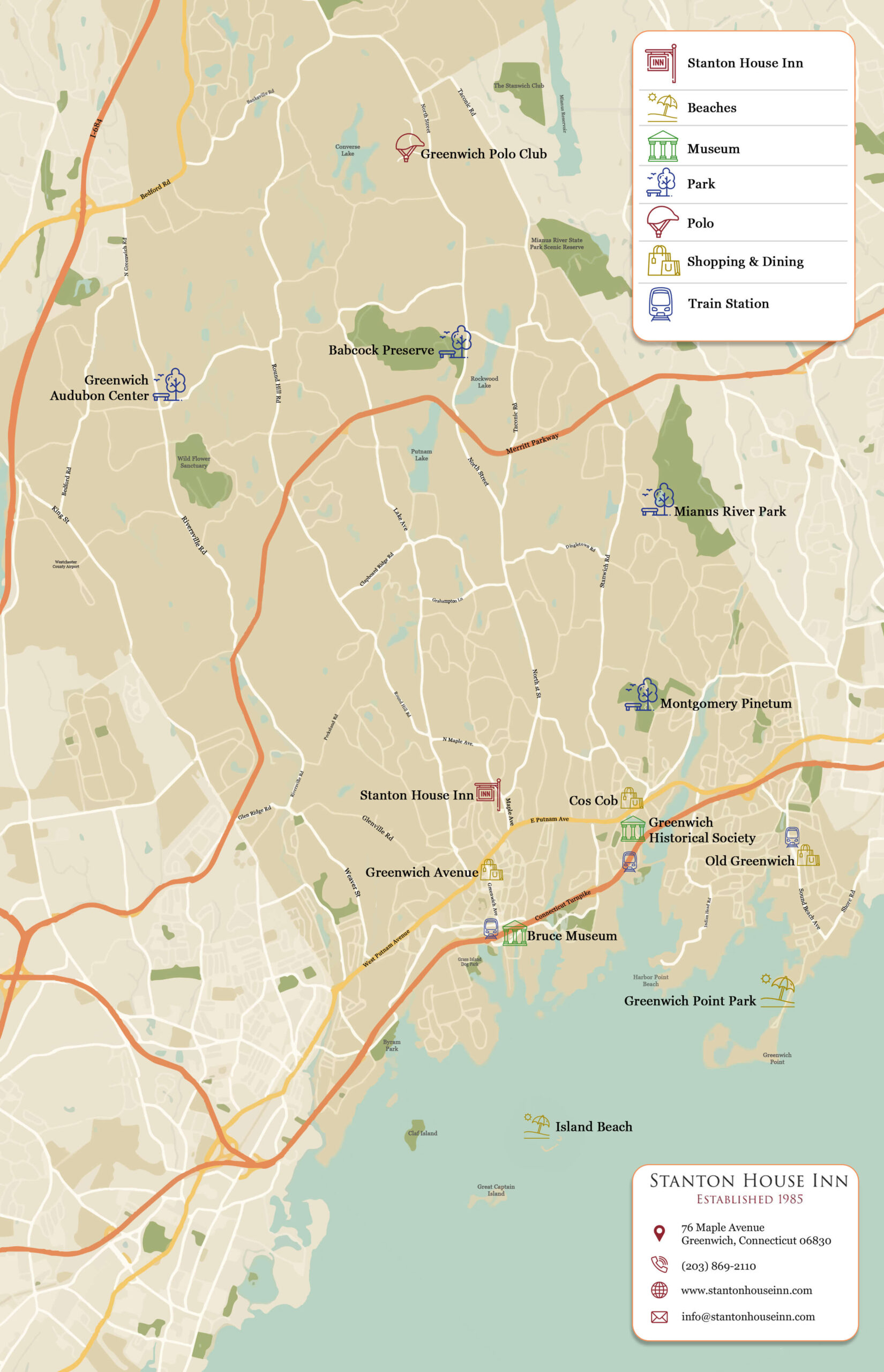 A Bike Trip as a Greenwich Mansion Tour

Below are a few of my favorite back roads to bike or drive. They include both beautiful Greenwich mansions as well as historic New England homesteads.

While the farms of back Greenwich have largely been subdivided, visitors can still see the old rock walls and apple orchards to get a taste of the agrarian past of Greenwich history.

Many of these roads also lead into the hills of Westchester County. I selected most of them because they travel inland (and uphill) with a gentler slope, hence walking or biking is not quite as arduous.

All directions are from Stanton House Inn and downtown Greenwich, Connecticut.

From downtown Greenwich, drive over to the Glenville neighborhood before heading north on Riversville Road.

Riversville Road is beautiful. As the name implies, it follows the Byram River for a significant part of its trip before it heads uphill to reach the small village of North Greenwich and the Audubon Preserve.

Follow that back down into Greenwich where you’ll meet Roundhill Road. 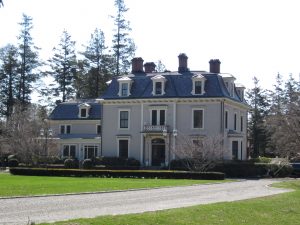 The northern part of Round Hill is my favorite stretch of road in Greenwich.

It’s on a high ridge, so the beautiful historic homes, country estate Greenwich mansions, and open fields are complemented by open views of the surrounding hills.

Supposedly, this point is high enough to see the Manhattan skyline of New York City, and a fort was here during Revolutionary War times.

Once you’re up at the northern end, it’s also a downhill slope back towards town, which also makes for a great trip by bike. This route also gives you a chance to catch a glimpse of one of the most haunted places in CT, Dunnellen Hall.

North Street remains a scenic drive from the Merritt Parkway into town.

Years of building-up prime real estate has created a few stretches of road lined with high walls and hedges to block the view.

But it’s still got some cool mansions along it, including one built as an exact replica of the Petit Trianon, Marie Antoinette’s estate, in Versailles, France.

North of the Merritt Parkway, North Street reverts back to how the length formerly appeared:

The Mansions of Taconic Road

Taconic Road from North Street to the New York State border has some more historic colonial homes than what’s left on North Street. That said, it also has its fair share of massive mansions.

Other runners-up in town include Lake Avenue, which is not as high as Roundhill Road but has plenty of beautiful mansions and bucolic scenery along it.

If you attempt to drive a bit of all these roads in one drive, it would need about an hour of driving up and back the length of Greenwich.

A bike would require a rather tiring day.

What about Celebrity Homes in Greenwich, CT?

Many celebrities have moved-out in recent years.

Some of the recent homes sold owned by celebrities include one owned by Vince Camuto.

And a celebrity didn’t live in this house, but a 1920s home updated by the Property Brothers in town recently changed hands.

Mel Gibson, Ron Howard, and Judge Judy are long gone. Although Tom Brady and Gisele Bündchen moved in a few years ago.

Diana Ross has been a fixture in town for decades, I almost went to school with her daughter.

So you’re still likely to get celebrity sightings here, you just won’t necessarily be able to stalk them.

Which, please don’t, by the way.

You can still check-out some other celebrity-owned mansions in other nearby Connecticut towns, though.

Looking for Greenwich mansions for sale, or your very own luxury home?

There are plenty of realtors in town that would love to show you the various mansions or luxury homes for sale in Greenwich.

Be ready for a long weekend, though, as there are more estates on the market the larger your purchasing budget is.

Here’s a video from Forbes magazine of one of the most expensive homes recently on the market:

Do you need a better understanding of why the fabulously wealthy choose Greenwich to be their home?

Check-out our list of top things to do in Greenwich, and download your copy of the Greenwich Visitor’s Guide.