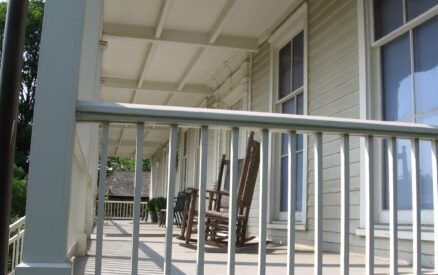 It can be hard to imagine it took four centuries to create the idyllic neighborhoods people flock to year after year.

Founded in 1640, Greenwich is one of the oldest settled towns in America.

A fair number of visitors to our town come simply to explore a bit of Greenwich history.

As the town becomes more densely populated, small pieces of its rich and long history remain visible. Sometimes through intentional preservation, others simply through neglect.

One of the intentional portions is our downtown Greenwich inn, Stanton House Inn. Read more about our historic mansion’s history within the context of Greenwich’s history here.

You can still feel the presence of this history with tours of Greenwich mansions and historic neighborhoods.

Ready for a brief introduction to historical Greenwich facts?

Here we look at the rich, colorful history of Greenwich, CT that wove the intricate tapestry of the town’s most noted sites and landmarks. 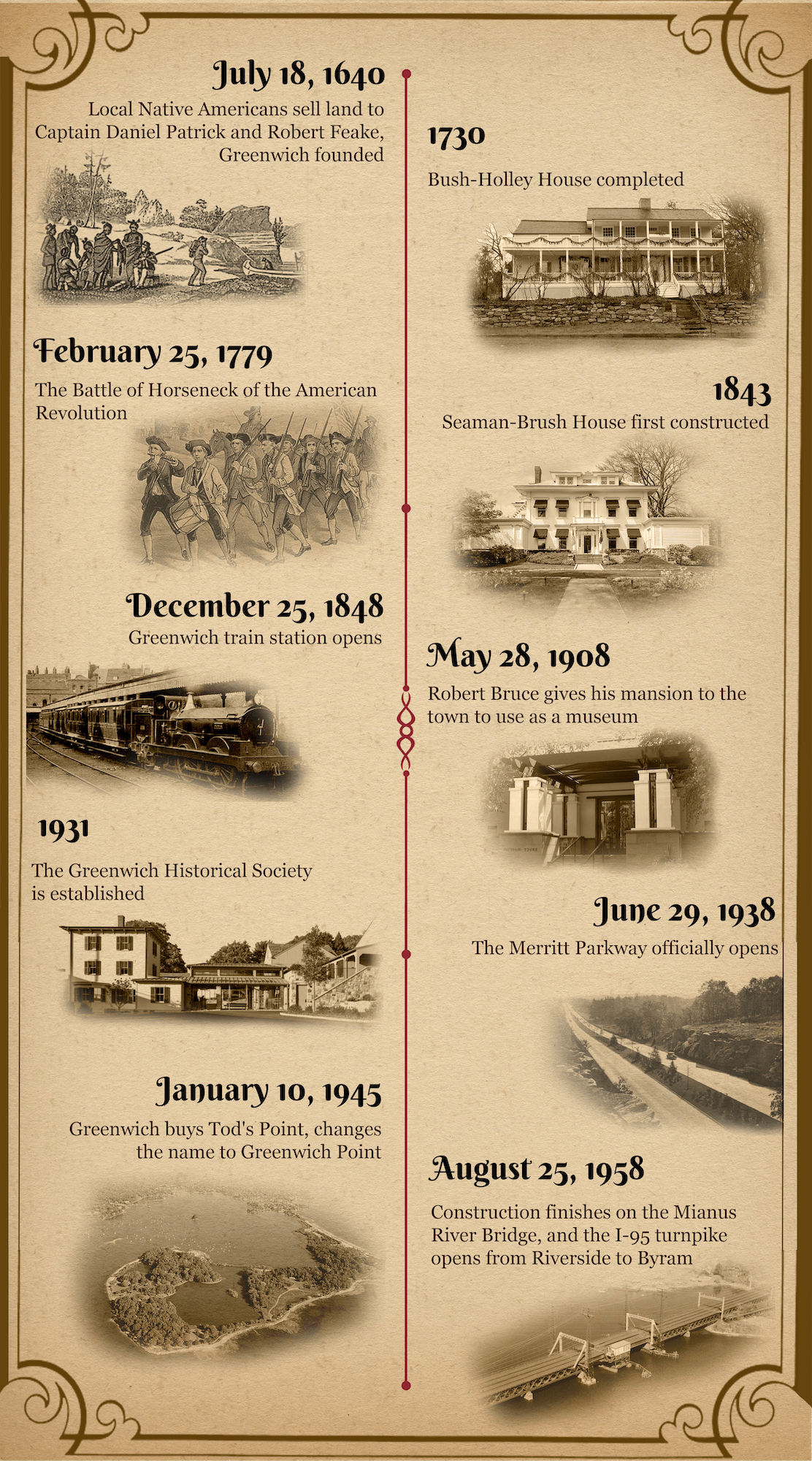 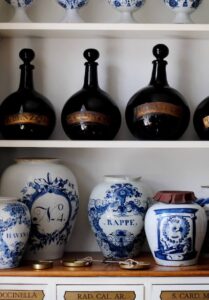 The European settlers who first purchased land in Greenwich came from Massachusetts. In 1640 Daniel Patrick and Robert Feake purchased land between the Asamuck and Patomuck rivers, the first land inhabited by Europeans in the area.

The colonists named their town along Long Island Sound after Greenwich in England. This was an attempt to curry favor with Queen Elizabeth, as her favorite town in England was Greenwich.

That said, a history teacher taught that fact to this writer. But they neglected to mention that Queen Elizabeth I died in 1603.

News traveled much more slowly back then.

It wasn’t long before more were to join the first settlers, including people of both English and Dutch descent.

The Dutch, out of New Amsterdam, quickly placed the new colony under their protection.

As the settlers were English, that led to some confusion.

The Dutch feared further English encroachment on their colony. At the same time, the English settlers:

The two groups agreed to make the town a Dutch colony, named Groenwits.

And yet, Dutch influence weakened over the next sixteen years, and Greenwich became a somewhat lawless place. Here, scandalous things occurred, like teenagers getting married without parental consent.

Women may also have been walking around with their ankles exposed, as well.

Eventually, the Connecticut colony extended its jurisdiction. The colony combined Greenwich with nearby Stamford.

In the end, the colony made Greenwich a separate town after New York came under English control.

The pre-Revolutionary town of Greenwich, Connecticut 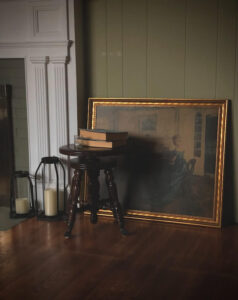 As settlers continued to carve out larger pieces of land, they began growing:

Basically, anything that would tolerate the poor, rocky soil of the area.

Land disputes with Native Americans who had lived in the area for over 10,000 years led to a tragic massacre at the village of Petuquapaen.

Farming made way for further settlements spreading from Stamford to the Byram River and north to the border of New York State. About a century later, the village of Greenwich covered 50 square miles, the same area the town occupies today.

The Country Road that bound together the town and the colonies as a whole is now known by several names:

Back then, it was a fairly difficult road to travel. So much so that passers-through often avoided it all together by traveling by boat from New York City to New Haven.

Because of the difficult roads, Greenwich, named Horseneck at the time, remained a backwater. Local farmers subsisted on what they procured from the rocky soil and shipping produce in packet ships to New York City.

Great Captain’s Island, off the coast of Greenwich, earned its name for one of two theories:

The town of Greenwich can neither confirm nor deny either of these claims.

Industry and War During Greenwich History

Farming was the main enterprise for the first two centuries of Greenwich’s history. With the arrival of grist mills, local industry expanded thanks to the convenient shipping access at the Mianus River. The Sylvanus Selleck Gristmill is a perfect example of an original mill built in 1796. It still sits at 124 Old Mill Road, one of the oldest in the entire state.

The Battle of Horseneck 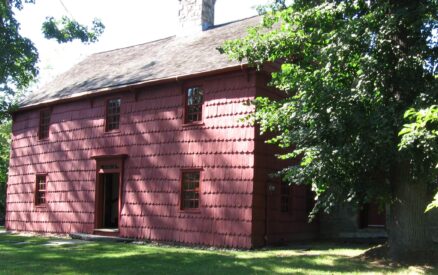 While things remained quiet here for 200 years, Greenwich became a garrison town during the Revolutionary War.

Considering it was on the borderlands between British-held New York and rebel-held New England, it makes sense.

In fact, the town hosted a battle during the Revolutionary War.

Called the Battle of Horseneck, here’s what happened:

General Israel Putnam took advantage of the terrible roads to evade the invading British. He left Putnam Cottage and jumped his horse down a cliff that usually served as a major impediment to travelers.

While the British burned Greenwich to the ground, the militia rallied in time to protect Stamford.

His act was so celebrated in town that we commemorate his ride on our town seal. And the country road, before so dangerous, now bears the local name of Putnam Avenue. And it is now easily passable for SUVs and Maseratis.

Unfortunately, the now nameless horse received no such honor, despite doing most of the work.

The British army and random bands of “cowboys” continued to target the town for raids afterwards. For seven years, Greenwich became a battle zone where armies:

A few maps in the library of the Inn highlight some of the points at which raids and whatnot happened throughout town. The maps even highlight which buildings were still standing (as of their printing in the 1980s, to be fair).

The Bush-Holley House is one of the few homes left standing along the devastating trail left behind by Major General William Tryon and his army.

The Role of the Railroad in Greenwich, CT, History

In 1848, the arrival of the railroad town opened Greenwich and Fairfield County to the world. The trains made it much easier for immigrants to create a home for themselves in the area.

People from all trades and corners of Europe (and the South) made their way to Greenwich, where industry was booming.

African-Americans started to arrive in large numbers in this period. Many settled in the Fourth Ward neighborhood, downtown, where they and the Irish living there worked at local estates.

Descendants of these hard-working families still live in many of these same neighborhoods today.

The majority of long-time Greenwich residents can trace at least a part of their roots back to these groups, in fact. 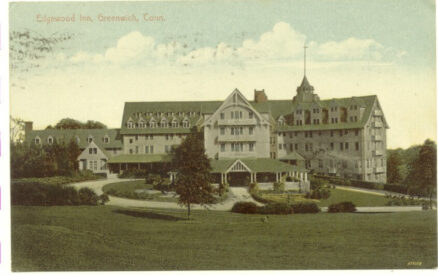 It wasn’t long before hotels started popping up.

Later, affluent New Yorkers started buying up prime land to build their own summer estates including:

To name a few.

In fact, Rockefeller’s estate, Rockfields, still stands as one of the few remaining historic Greenwich mansions.

But other neighborhoods that played host to major Greenwich mansions included:

All Roads Lead to Modern Greenwich 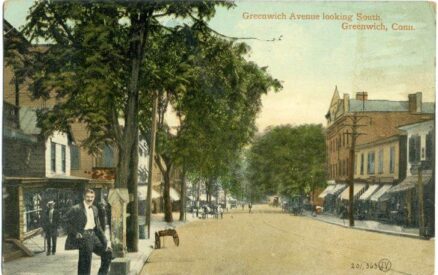 That said, with the arrival of the automobile and expanding industry, demand to improve transportation was the order of the day in the 20th century. One of the first improvements was the trolley from Rye to Stamford, offering long-awaited in-town service.

Following World War I, the automobile became the star. Leading the charge was the construction of the Merritt Parkway in 1938, running through the northern section of Greenwich. The ride along the Merritt Parkway is still one of the most unique things to do in all Connecticut.

In 1957 the Federal government completed I-95 to the south and a population boom soon followed.

Actress Glenn Close graduated from Rosemary Hall in 1965. This writer is just a fan of Glenn Close and her connection to Greenwich. 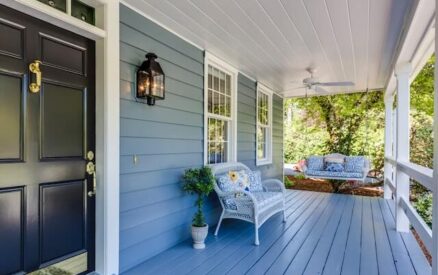 Greenwich developed a new town government in hand with an improved school system to serve the residents. And yet, the true pride of locals are the independent, non profit organizations that continue to provide:

With such major change came the realization the town had to protect its heritage.

Today it recognizes over 280 individually-listed structures as part of its Landmarks Program. One of them is the Seaman-Brush house, the official name of Stanton House Inn.

Parkland and conservation areas sit on land acquired by nonprofit organizations and the town. They provide beautiful, protected green space for the area’s most cherished natural features.

More than a few sites and neighborhoods in town are also on the National Register of Historic Places, including:

When visiting Greenwich’s historic sites, be sure to book a stay at the historic Stanton House Inn. Occupying the century-old Seaman-Brush house, we offer a charmingly elegant inn happy to serve as your home away from home.

Be sure to download your copy of the free Greenwich Visitor’s Guide to see everything there is to do and see here.