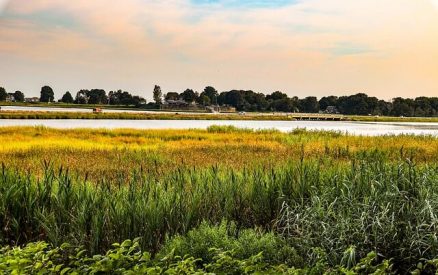 Connecticut is not at the top of lists of places to visit.

And Fairfield County even less so.

But there’s a surprisingly diverse number of attractions, activities, and things to do in the area.

If you combine the string of Fairfield County destinations into one trip, it would pack a visit as much as one to Charleston, SC. And the more famous attractions in Charleston are spread over just as wide of an area as the Connecticut shoreline.

Plus, Charleston has so been discovered, spoken from experience.

Fairfield County, Connecticut, offers a lot of diversity for such a small region. A less positive example is the extremes of wealth. Fairfield County hosts the wealthiest and poorest per capita towns and cities in Connecticut.

But there are less depressing examples of variety, too!

The towns along the Connecticut shoreline range from elegant and expensive to cute beach communities. And inland features towns with a more rustic, classic New England feel.

In fact, more than a few of the towns on this list are regularly rated the most cute towns in Connecticut.

Everyone loves lists, so here are the top attractions in Fairfield County, regardless of location.

In no particular order:

But why not extend the trip, or spend more time exploring individual towns?

Read on for a brief introduction to each of the major Fairfield County destinations.

The Fairfield County Destinations and Towns You Need to See

Extending from New York State to the Housatonic River, Fairfield County offers a beautiful stretch of turf. Most people only pass-through on their way from New York City to Boston, or vice versa. But there are more than a few points of interest worth a stop.

The major towns of interest to visitors, from west to east along the Connecticut shoreline:

Of course the innkeeper of a bed and breakfast in downtown Greenwich is going to introduce you, fine reader, to his hometown first.

Greenwich, Connecticut, is known for being an exceptionally wealthy town. But there’s plenty more to it!

There are so many things to do in Greenwich, regardless of the time of year.

Some of the major attractions include:

There’s plenty more here, check-out other pages on our site for a more personalized trip. 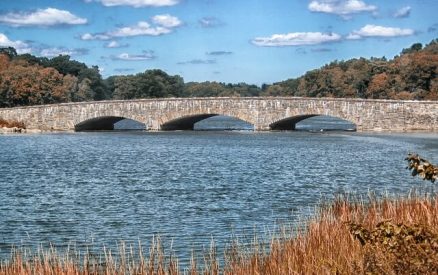 During the colonial era, the boundary between Connecticut and New York wasn’t set. At the time, New York wanted to maintain a 10-mile buffer between the Hudson River and its border. If the two states had agreed to that arrangement, both Greenwich and Stamford would have transferred to New York.

Connecticut so badly wanted to keep those two towns that it traded land further north.

Stamford is the largest city in Fairfield County after Bridgeport, and one of the largest in all Connecticut.

But for visitors, major draws to Stamford include the theater and live performance scene.

A few of the major Stamford attractions include:

As well as the food scene. This is the location of the closest Ethiopian restaurant to Greenwich. Other options include a vegetarian Indian, Peruvian, and much more. 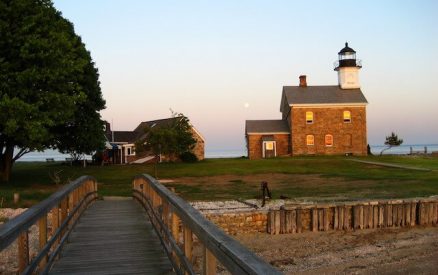 A few years ago, Norwalk had a fantastic ad campaign.

So effective, in fact, that they were able to convince people that South Norwalk was a tourist destination.

I have met several people in the area who were roped into booking a stay at a Norwalk hotel and planning an extended visit to town.

And all were disappointed.

Don’t get me wrong, I love Norwalk. It’s beautiful and has several historic neighborhoods worth exploring. And my mom’s from there, so I know it well.

But I wouldn’t want to spend several days here as a visitor.

Instead, I’d spend a long afternoon into an evening exploring the various activities, attractions, and things to do in Norwalk, CT.

I may stay a little longer to check-out the Maritime Aquarium and the Lockwood-Mathews Mansion.

South Norwalk, where the two above attractions are located, is a historic district that’s easy to reach. It has its own train station in the middle of its business district. But the district has whittled down over the years to only a block or two of restaurants.

But that’s also where you’ll find:

And Sheffield Island lighthouse and the trip there is worth taking. It even made it to our list of the most unique things to do on your birthday in Connecticut.

After all that, head to the Town Green of Norwalk and check-out the beautiful historic churches that surround it. You can even go visit the first Stew Leonard’s, which is an experience in itself, if a bit dated.

Afterwards, find a great Italian restaurant, because there are more than a few great choices in Norwalk.

Inland from Norwalk is Wilton, Connecticut.

Wilton is where everyone my age who wants to own a home in Fairfield County and can’t afford the coastal towns seems to  move these days.

And this quaint, quiet, still retains a lot of its rural feel and charm. The downtown is cute, but there are also some very unique sights to check out there.

Weir Farm National Historic Site is the only National Park that focuses entirely on American painting. There are ranger-led tours to take free of charge so that you can get a deeper insight into the world of American painting. Some of the artists who have taken inspiration from this wonderful place include:

The rotating art and history exhibits, the historic studios, and beautiful grounds are sure to keep you busy at what is one of the best free attractions in Connecticut.

If you have an interest in local and international artists alike, then River Road Gallery is another place to visit. You can see a collection of some beautiful art from all over the globe.

From there, continue north to Ridgefield, one of the most cute towns in Connecticut.

While not in Wilton, both Devil’s Den Preserve and Ward Pound Ridge are close to Wilton in Redding and Pound Ridge, NY, respectively.

Devil’s Den is some of the best hiking in Connecticut, by any measure.

As the name implies, Fairfield used to be the county seat of Fairfield County.

And it’s easy to see why:

As one of the original colonies in Connecticut, Fairfield also has a good amount of history. Be sure to visit the Fairfield Museum and History Center if you want to get an in-depth introduction to Fairfield. 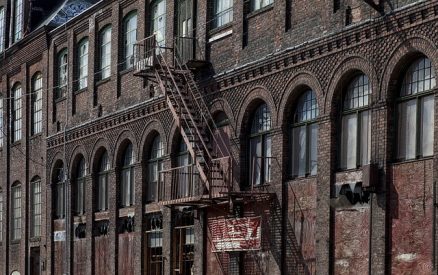 Bridgeport is the Detroit of Fairfield County.

Once a major commercial and industrial center in the region, it’s since fallen into steady decline.

Bridgeport must have been a fascinating place to see in the 1800s. Back then, Presidential candidates like Abraham Lincoln made stops on the campaign trail.

Then deindustrialization in the 1960s and 1970s and severe mismanagement by its government took its toll. Bridgeport has since lost its way.

A silver lining is that parts of Bridgeport remain a time capsule. If you know where to look, you’ll find evidence from the days when civic-minded leaders planned for a thriving metropolis. Bridgeport has beautiful parks, and some very unique attractions.

P.T. Barnum, owner of the famous circus, lived in Bridgeport, and hosted the circus there during the winter months. He took such pride in his city that he even served as mayor, and donated much of his land and resources to make it a better place to live.

After a tornado and two hurricanes, the iconic red, yellow stone and terracotta building Mr. Barnum designed is not open to visitors.

But you can still see many of the curios that were previously inside, including:

Hopefully, you’ll be able to see other oddities like a preserved elephant and unwrapped, authentic mummy when the museum reopens!

Connecticut’s only zoo is in Bridgeport. And a visit to the Beardsley Zoo is a fun way to spend an afternoon. It’s also much less expensive than the more famous (and larger) Bronx Zoo.

One of the many Bridgeport parks P.T. Barnum was involved in development was Seaside Park, one of the largest waterfront parks in the area.

Bridgeport’s biggest attraction is the Klein Memorial Auditorium which is a performing arts theatre. The Greater Bridgeport Symphony performs several times throughout the year. But there is always something showing here. If you enjoy shows and a variety of different performances, then you should consider taking a trip!

As befits a city with cheap rents, Bridgeport still attracts a diverse population. That especially includes recent arrivals to the United States. And those people need to eat!

Bridgeport has a whole host of cuisines for you to try ranging from Italian, Chinese, Thai, and even Jamaican.

Plan a Trip to Explore the Best Fairfield County Destinations

From Stratford to Greenwich, and Danbury to Fairfield, there’s plenty to see in our neck of the woods.

And Greenwich is a perfect place to explore both Fairfield and Westchester County. Our Greenwich bed and breakfast makes a fantastic pied-a-terre in our tony community.