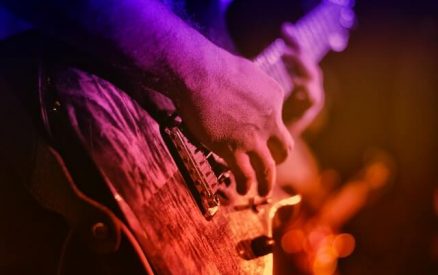 Are you lucky enough to have tickets to a concert at the Capitol Theatre in Port Chester?

First of all, this writer is jealous.

This glamourous landmark has been a major venue for entertainment since it first opened in 1926.

For almost a century, the historic Capitol Theatre in Port Chester, NY, has played an integral role in the arts and entertainment scene.

This 2,000 seat facility has hosted hundreds of musicians and comedians during its various lives as:

Some of the biggest names in music have graced the intimate Capitol Stage, from Janis Joplin and Billy Idol to Phish and Katy Perry.

Here’s what continues to attract guests to this fantastic concert venue.

The Capitol Theatre opened in downtown Port Chester to much fanfare.

That first day featured a ten-piece orchestra regaling the audience with a lusty rendition of “The Star-Spangled Banner” in 1926.

A screening of “Sea Wolf” followed the performance. People scrambled for one of the 2000 seats. They quickly sold-out, and the theater sent hundreds more home.

Film classics like Casablanca and Gone With the Wind first delighted audiences for just 5 cents back in the day.

This is a classic 1920s movie theater with a stunning domed ceiling and elite side-wall boxes overlooking the stage.

It speaks to the charm of the era’s most distinguished movie theaters. That list includes the Fox Savoy Theater in Brooklyn, designed by renowned architect Thomas Lamb.

In fact, the Capitol was actually owned for a short stint by William Fox in 1929 before he declared bankruptcy.

At that time, Skouras Theaters Corp. took over the theater. The Capitol Theatre continued to show movies until it shut down in 1966.

In the late 1960s, audiences had switched their focus from movies to live music.

This provided the theater’s new owners with an opportunity to reinvent the venue, giving it a new look as a psychedelic performance space. Rock Promoter Howard Stein attracted first-class performers into the early 1970s.

The most famous and culturally influential was a live music venue that saw the likes of 1970’s rock icons grace the stage like:

In fact, many Deadheads claim that the performances by the Grateful Dead here were some of the best the band ever played.

And Janis Joplin surprised even her own band when she debuted her song “Mercedes Benz” at a performance at the theater. She’d only just written it at a bar nearby between her shows.

Notoriety was the downfall of the live music era, with performers blaring their music into the wee hours. Locals began complaining about the disturbance. The village of Port Chester passed an ordinance prohibiting live entertainment after 1 a.m.

After the ordinance passed, Mother Nature took over the theater. Lacking the funds to do much without revenue coming in from the concerts, the building fell into disrepair.

On the plus side, it became a happy home for local pigeons.

The theater gave way to decay until it changed hands in 1982. 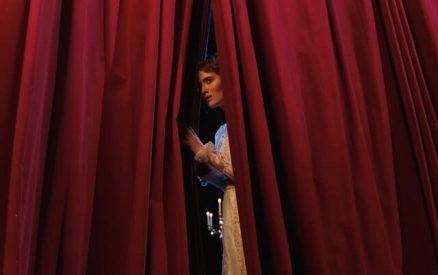 A local developer wasn’t scared of a challenge.

And so, in 1982, Marvin Ravikoff willingly purchased the dilapidated building. He quickly started renovations, completed in 1984.

The theater doors opened at a quarter of Capitol Theatre capacity with a performance of “Misalliance” on March 7.

In 1984 the theater was added to the National Registry of Historic Places, as renovations continued.

The theater gained renewed notoriety for its plays and musicals.

And the pigeons moved elsewhere.

From Music to Weddings

By the early 1990s, the theater started to feature live music again, hosting artists such as:

But with the economy in a state of chaos, the theater couldn’t maintain its financial footing.

This was also when major acts shifted to massive venues. While that benefited the artists’ bottom line, it killed the joy of seeing a major headliner perform in an intimate space.

Fortunately, this didn’t discourage Ravikoff. He came up with another brilliant idea to revive the beautiful theater.

He rented the iconic theater out as a venue for conventions and seminars. By 1997 the theater was a popular venue for events. They removed the seats, and added a dance floor, making it a unique venue ideal for weddings and corporate events. It was one of a kind, yet its origins still rang true, becoming the ideal stage for private performances.

When Peter Shapiro took the helm in 2011, it was time to revamp what was perhaps the most noted era in the Capitol’s life: a rock and roll palace. Without disturbing the integrity of the theater’s historical charm, the most recent renovation added:

All state-of-the-art, to make sure that the Capitol continues to experience a rock palace renaissance.

Be sure to keep tabs on the Capitol Theatre’s calendar of events for upcoming performances.

Keep finding more things to do in Greenwich (and nearby)

The best part about a visit to the Capitol Theatre in Port Chester?

It’s easily accessible. The theater only one train station away from the train station in downtown Greenwich, or a 10-minute drive from Stanton House Inn.

It’s so close to the train station in Port Chester that you can see the side of the Capitol Theatre from the platform.

Be sure to explore more of the area while you’re here.

After all, you’ll need something else to do during the day!

Check out our guides to:

And be sure to read the guide to activities, attractions, and things to do in the area; and download the Greenwich Visitor’s Guide.