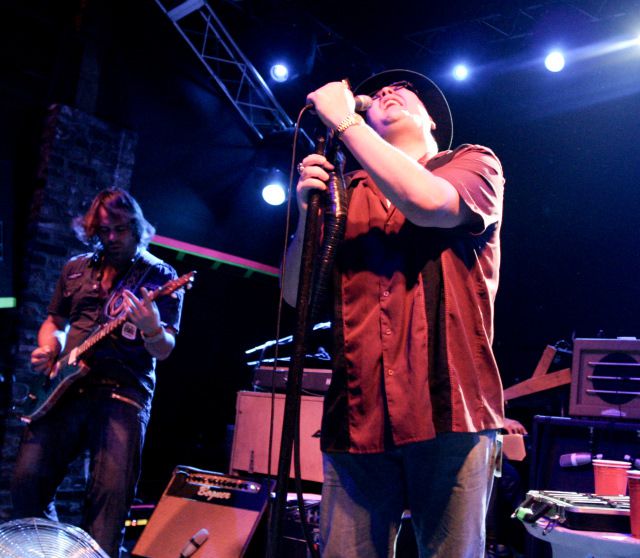 Since its inception back when I was in high school, the Alive at Five of Stamford Concert Series has been a big draw for people in the area. What was initially headlined by Abba cover bands and other family-friendly performers has turned into a pretty big deal in this area and certainly one of the best events in Stamford.

What to Look Forward to at Alive at Five in Stamford

Every Thursday in the summer, now, Columbus Park (where the concert is located) is usually packed with up to 10,000 people and downtown Stamford is swamped with people enjoying the music. The performers on any particular evening vary, but could include a throw-back to the ‘90s–Blues Traveler, Smash Mouth, and Sugar Ray–but the artists visiting Stamford each summer seem to be getting more and more famous.

Food at the Alive at Five in Stamford

But even if the performer the Thursday night you go isn’t some big-name celebrity, you’ll be sure to have a great time! You can grab a beer or two and some park food at the event, or fight everybody else for a table outside at one of the restaurants that lines Columbus Park. Local favorites of restaurants in Stamford, CT, include Tiernan’s Irish Pub, Fin II Japanese Food, and Garden Catering.

You can find the full line-up for this year’s Alive at Five in Stamford here.

Interested in going? The Alive at Five in Stamford Series starts each year at the beginning of the summer, and usually ends in August or early September. Held the Thursday of each week, the final show this year is on August 14th, when the Beach Boys have their performance. The entrance fee is $10, or pay five bucks if you arrive before 6 pm. I recommend being older than 21 years old, as the restrictions for people who can’t legally imbibe are kind of ridiculous. Also, don’t bother bringing a backpack, or a cooler–that rule’s public safety related? I guess? Oh, and out-of-state identification requires a second form of ID.

Don’t miss out! That was a lot of rules, but I swear it’s a blast! And for recommendations on even more things to do in Stamford, CT, be sure to download a copy of our free Connecticut Vacation Guide!